Carrot Beer is Back! 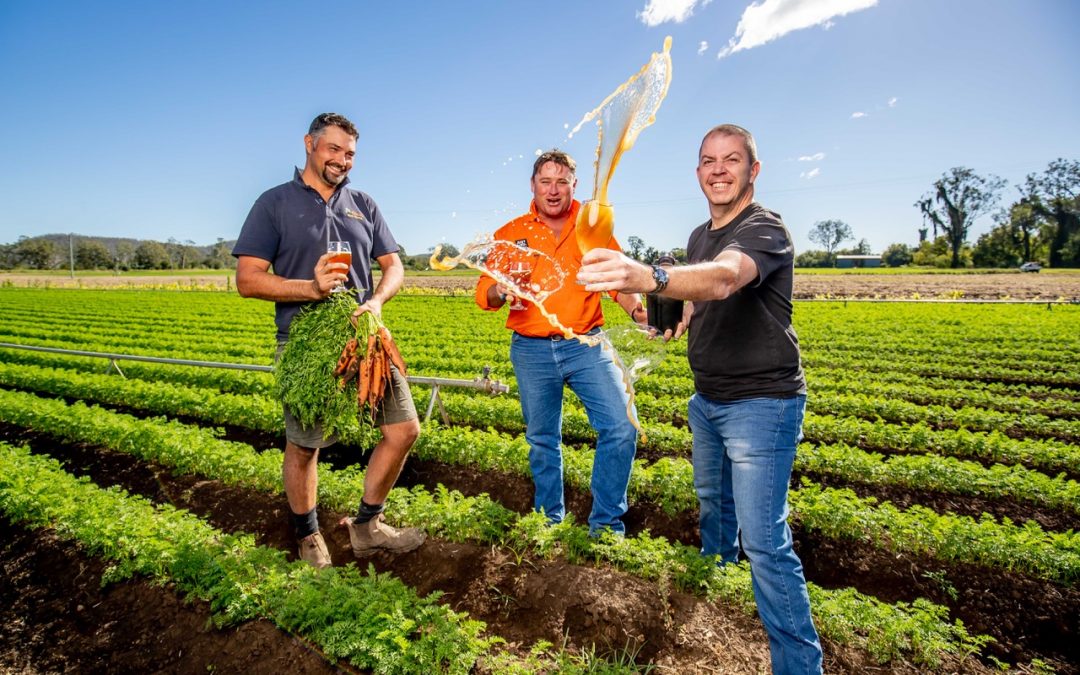 Carrot Beer is back!

Scenic Rim carrot farmers from Kalfresh Vegetables, celebrated the start of the 2019 carrot harvest this week with a glass of the newest batch of Wabbit Saison Carrot Beer.

The craft beer collaboration with Ipswich-based 4Hearts Brewing, marks a return of the popular bucolic beer, first developed in 2015 as a way to reduce food waste by using wonky, out-of-spec carrots.

He says this has resulted in an earthy, dry Belgian-style saison with a subtle carroty undertone. The beer is 25 per cent carrot and has the colour to prove it.

“The beer has a beautiful orange carrot-like colour which is exactly what you want from a carrot beer,” says Mr Friend.

“We’ve used 60kg of carrots in this batch, which is about 25 per cent by weight. The beer has a subtle earthiness with some clove characteristics.”

Kalfresh Vegetables CEO Richard Gorman says local farmers were excited to celebrate the start of their 2019 winter carrot season with a glass of the popular carrot beer.

“We are crazy about carrots and this season expect to grow, harvest and pack more than 255-million carrots which will be sold in supermarkets and produce stores up and down the east coast of Australia. Between June and December the Scenic Rim is responsible for producing up to 90 per cent of Australian carrots.

“Each year we focus on how we can reduce food waste by selling 100 per cent of the carrots we harvest, even the wonky, split and marked ones.

“We’ve developed a range of value-added carrot products, including our Just Veg. pre-cut snacking carrots in Woolworths, carrot bread with Arthur Clives Bakehouse, carrot and beef sausages with The Butcher Co., and of course the carrot beer with 4Hearts. Truth be told, the beer has been the most popular carrot collaboration so far, both with our staff and with customers.

“Ever since that first brew we’ve been fielding requests for another batch and Scenic Rim Eat Local Week was the obvious time to do that.”

The Wabbit Saison Carrot Beer is available on tap and in cans at The Pumpyard Bar & Brewery Ipswich. It will also be available to try and buy on Saturday July 6 at the Winter Harvest Festival during Scenic Rim Eat Local Week.